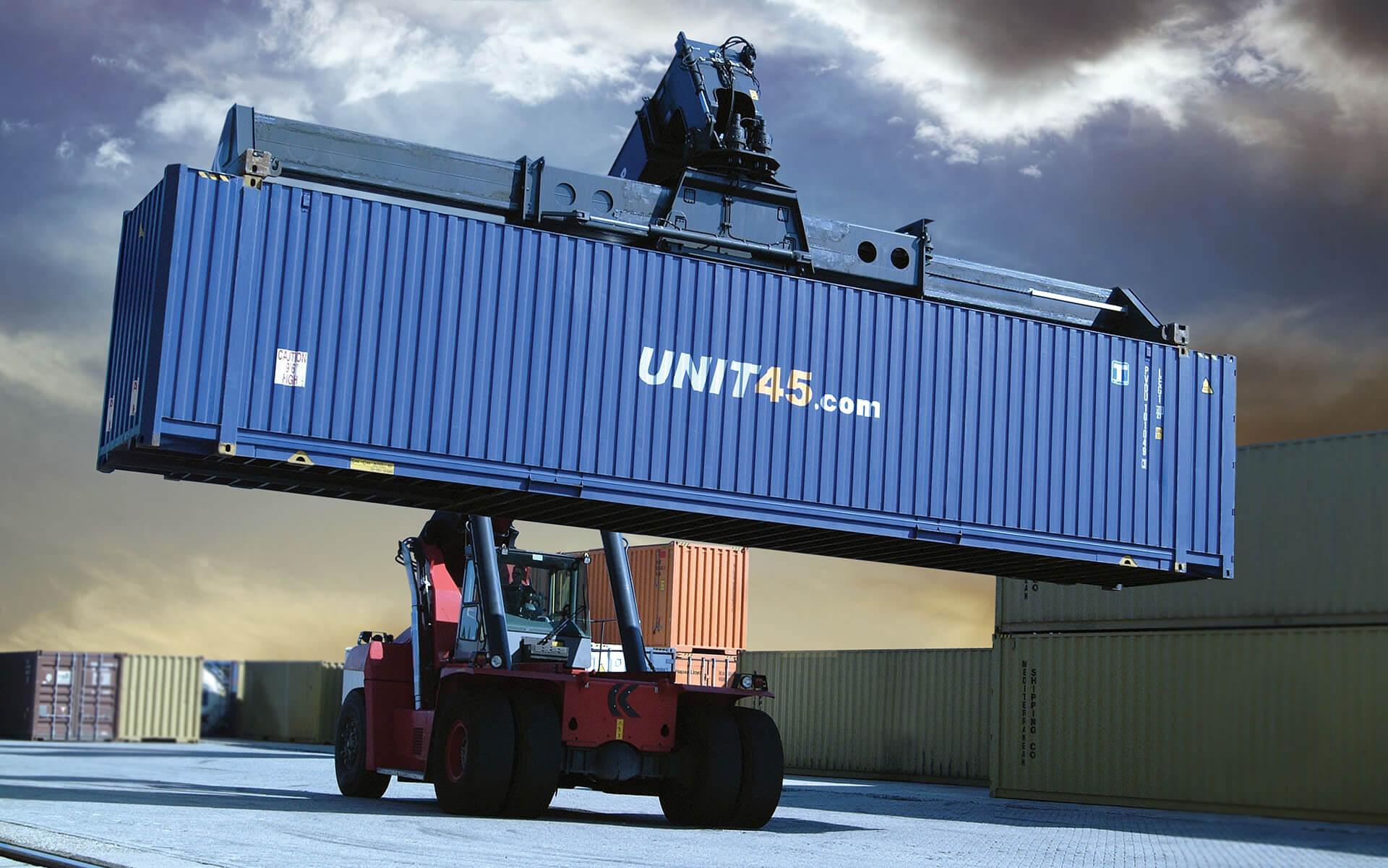 The 45ft container is breaking through as a standard in the European intermodal transport. This appeared from detailed transshipment figures over 2005 from Havenbedrijf Rotterdam (Port of Rotterdam). 45 B.V., the biggest supplier of 45ft containers, observes the same development. Last year transshipment of 45ft containers in Rotterdam increased with almost 30 percent. In 2004 the number of these containers shipped was 313.000, last year it was 411.000. This is by the way only a fraction of the total number of 5,6 million transshipped containers in Rotterdam. The growth of the total however is a lot lower, 12 percent.

The figures of Havenbedrijf Rotterdam (Port of Rotterdam) do not surprise Jan Koolen, Managing Director of 45. He saw his sales increase rapidly over the last 3 years, from 1800 units in 2003 up to 5000 units in 2004 and 6000 units last year. Jan Koolen foresees no end in the increasing demand for 45ft units of 45, because these units fit within the maximum dimensions set by the European Commission for truck-trailer combinations. This is the container with rounded off corners at the cabin side (Euro corner castings also known as Geest corner castings).This type was developed during the nineties by Geest-employee Mr. Peter van Dijk. In the meantime the shortsea-operator Geest has been taken over by Samskip.

This 45ft container with the Geest corner castings is not only used by Geest but also by almost every European intermodal operator. Over the years they have modified their ships to this type of container. This does not apply for the deepsea shipping companies. They, until today, stick to the long time standard of the 20ft and 40ft containers and the few 45ft units they can place on the upper deck of their ships are of the conventional types, without the Geest corner castings. “These deepsea operators are facing a problem soon”, says Jan Koolen.

The conventional 45ft units are not in compliance with the European regulations. These rules were introduced in 1996, with a transition period of 10 years. In Holland the use of the conventional 45ft container was allowed during this period, but this all ends on the 1st of January 2007.

"It’s very simple. As of next year it will be illegal to transport these conventional 45ft units by road”, says Jan Koolen. “Shipping companies are starting to realize that just now, because only recently I have been receiving more and more requests for information on this matter.”

If the deepsea operators will accept or reject these 45ft containers is not a question for Jan Koolen. “Just like the market forced the shortsea to switch from the 40ft to the 45ft as a standard, the 45ft will become more accepted in the deepsea. On a long term it might very well be that the 30ft and 45ft units will become the new standard.

Off course such a switch is revolutionary. But if one takes the step in this direction, the others will follow. I am convinced of that.”